Carapau Fishing, a horse mackerel fishing company who was established in November had the re-christening of its recent acquirted horse mackerel trawler on Friday. The trawler Sunfish has been renamed and now sails under the name Carapau I.

The Minister of Fisheries and Marine Resources, Bernard Esau and the Director of Carapau Fishing, Peter Carlson, witnessed this milestone event on Friday as the guests of honour. Carapau Fishing purchased the vessel from one of its shareholders, Namsov Fishing Enterprises, at a price tag of N$137 million.

Namsov and three other fishing companies, Atlantic Sea Products, Diaz Fishing and Spoto Fishing have equal shareholding of 25 % in Carapau Fishing (Pty) Ltd. With the exception of Namsov the other shareholders are newcomer right holders who did not have an own vessel to catch its quota initially. The acquisition effectively empowers these new right holders by owning its first vessel. The fact that Namsov too is a Namibian company makes Carapau Fishing a wholly owned Namibian company with its own 100 % Namibian owned vessel, an insider explained on the sidelines at the re-christening ceremony on Friday.

The fishing vessel’s sales price is funded through a five year financing agreement with Namsov. “The timing of the acquisition favoured Carapau tremendously. We all know what happened to the US Dollar – Namibian Dollar exchange rate”, the minister said pointing to a situation where the US Dollar gained unprecedented strength against the Namibia Dollar. Namibian fish exporters earn in US Dollar. Peter Carlson views the acquisition as a much welcomed direct investment not only in the Namibian fishing industry but also the positive spin-off to the wider economy. Carapau Fishing also invested in the vessel’s upgrade.It now carries 92 crew members and the catch capacity increased to 30 000 tons per annum, from 25 334 tons in 2015. Carapau 1 was built in 1991 in Chemmomorsky Shipyard, Nikolayev in Ukrain. She was acquired by Namsov in June 1997.

What you can read next 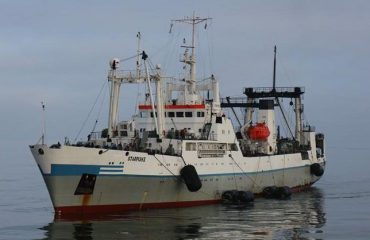 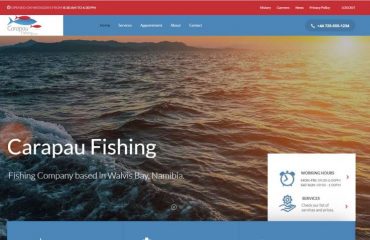 Horse mackerel fishing company founded to carry on the business of deep-sea fishing, beneficiating and processing of fish products, the transport and marketing.